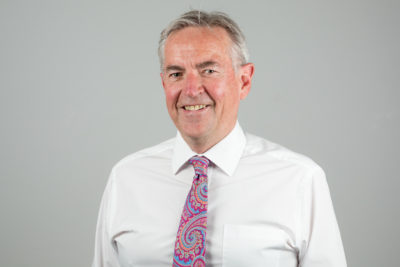 Background: Steve has over 30 years’ experience in Jersey’s tourism industry, since 1992 as self – employed proprietor of The Windmills Hotel in St Brelade. Steve was also appointed to the Tourism Development Fund Advisory Panel in 2014. Between 2002 and 2016 Steve was President of the Jersey Squash and Racketball Association (JSRA), has represented Jersey many times in squash Inter Insulars and is a qualified level 3 coach.

Interests: Steve was born in Brisbane and grew up playing a variety of sports, including a stint as a professional Aussie rules footballer. A keen surfer, he left Australia to travel, spending most of his time in India and Sri Lanka before arriving in London where he soon met and married Jane in 1983 and they moved to Jersey to work a “couple of seasons”. They have 3 grown up daughters. Steve also plays drums with the local band, The Beerkats.

‘Sport and physical activity are powerful tools able to enrich lives and communities. Growing up in Australia sowed the sport seed very early in my life and I have been lucky enough to be able to footy, surf, golf, run and squash my way to my late 50s. As a new, independent organisation, Jersey Sport has a great opportunity to unite sport and to enable understanding of the benefits of sport and active lifestyles for all. I am proud to have been appointed to the Jersey Sport Board and be part of this great team’. Steve Law